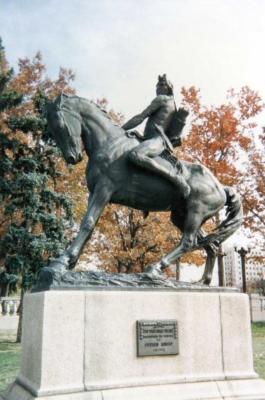 On The War Trail

The second of two statues commissioned by renowned sculptor Alexander Phimster Proctor,  "On The War Trail" was presented to the City by Stephan Knight and dedicated in 1922.